Aslan picked up his sword from the floor. He couldn’t believe what had happened, Sharai was unconscious with her body against a wall. What’s the source of his power? he asked himself.

This was the first time he faced a knight of darkness. Aslan lifted the book hanging from a chain on his waist—in his hand the book opened and its pages moved while light shone. Aslan felt the energy entering his body and healing his wounds, he even regained his strength.

I can’t give up, thought Aslan, while his silver armor shone.

“About time you stop playing games” said Ivan—the knight of darkness—leaning on his great black bladed sword. His armor was also black and engraved with demonic figures, even his helmet had horns. “I was getting bored.”

Aslan tried to ignore him, grabbing his great sword—Radiance—with both hands. The light shone around its silver blade. “Show me your worst.”

Ivan saw the knight of light glide across the floor, leaving a trail of aura. This again, he thought, holding up a hand.

Sharp rocks sprouted from the ground, getting on Aslan’s path. But this time he was ready, with a wave of his sword he vanished the rock. He did the same with the next one.

I see you have new tricks, Ivan thought, grabbing his sword in both hands and charging forward. In just a few steps their swords collided. The explosion of light and darkness created a void in the room.

He’s more powerful than he looks, Aslan thought, continuing with his attack. The precise movement of his sword was blocked over and over again—the light gave him strength but he didn’t know exactly how long it was going to last. I have to end this fight.

Ivan removed his helmet to free his beautiful silver hair. “Is that all you have?”

Aslan was breathing heavily. There must be a way.

Ivan attacked. Again and again their blades seemed to explode on impact, changing the color of the room for an instant. The clash between light and dark was awesome.

They continued to fight, smashing their swords in a show. Admiring the bursts of light and darkness that they left behind, moving with great precision to defend and attack.

“You can’t beat me,” Ivan said, jumping back to walk away. Then, he opened his hand and ran the sharp blade over his palm—cutting just enough for a drop of blood to hit the floor.

Aslan saw a demon sprout from the ground.

“Take care of him,” Ivan said. “I have more important matters to attend.”

Aslan managed to protect himself with his sword. The demon’s skin was covered by a material as strong as metal. Aslan had to back off to defend himself.

“Goodbye,” Ivan said, putting on his helmet before leaving the room.

Aslan grabbed the book from his side and opened it to a specific page. He repeated the words in his mind and slammed the ground with his sword. A cage of light surrounded the demon and immobilized it.

Then, retrieving his sword, Aslan ran to follow the knight of darkness and found that the next room had disappeared. As if it had been ripped off.

Aslan returned to see Sharai, the sorceress was still unconscious on the floor. We failed, he thought. 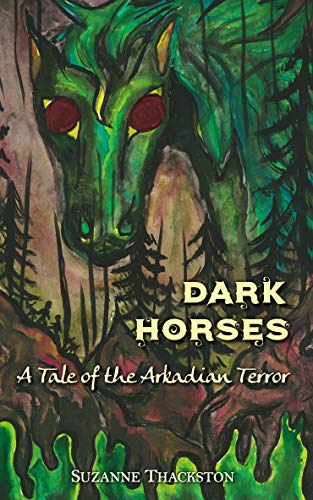