The golden had fallen
September 25, 2020|Kingdom of Glory • Short Story

The golden had fallen

The giant gates of the kingdom’s entrance opened for the knights. The adventurers arrived alone, without carriages or companions.

“What do you think happened to the princess?” asked the common people among themselves, while they saw the horses passing by.

Sharai followed him closely, she looked as if about to fall from her horse—with her dirty and torn dress.

Cleirk rided behind them, proudly wearing the black armor and carrying his warhammers over a shoulder—only imagining the first sip of an ice cold beer. He also looked tired.

The three of them passed through the crowd, listening to the murmurs.

It was a short trip before they reached the castle’s gate, they were quickly invited in by the royal guards. Their slow and heavy steps took them towards the throne room, on arrival they expected to find the king’s advisors.

However, once the knights entered the throne’s room, they noticed it was empty. Which was extremely unusual—the doors closed behind them, and Ivan appeared a short distance away.

The dark knight stopped by the throne.

Aslan took his sword. “What are you doing here?”

“I could ask you the same,” Ivan said, placing his arm over the throne. “How does it feel to be the laughingstock of the kingdom?”

“What do you mean?” Aslan demanded, but he saw the king arriving.

Frederick walked fine for an old man with a cane, and it took him long enough to reach his throne. In the meantime, three sorceresses emerged, Cleirk recognized one of them.

“Sir, Aslan,” Frederick said once he was seated on the throne. “You must help the prince.”

Reginald approached the throne, in his hands he carried the stone that used to be his book of light.

Shasera—one of the sorceresses—looked at the prince with a smile. It’s your toy broken?

Aslan was surprised to see the prince as if his life had been taken away from him.

“An unfortunate encounter,” Reginald said, turning to look at Shasera—one of the three sorceresses behind him.

“Aslan,” said Frederick, “you have to help my son.”

Aslan looked at the king surrounded by Ivan and the sorceresses. “And, what are they doing here?”

“Don’t worry,” said Frederick. “They rescued me and the princess.”

Aslan, Cleirk, and Sharai gaped at each other.

“There is no time for that,” said Frederick. “You have to help my son.”

Reginald moved out of the shadows. “It’s destroyed,” he said, showing his book.

“And who will be in charge with the protection of the kingdom?” Aslan asked.

Aslan frowned. “But they…”

“That doesn’t matter anymore,” said Frederick. “The agreement with Chaleine has been signed. We’ll have ten years of peace—they are part of the deal. They’ll be here protecting us.”

Aslan looked furious. “You might have won this battle,” he said, pointing his finger at Ivan. “But the war is far from over.”

With that, Aslan turned to leave. Cleirk and Sharai followed him.

Reginald turned to see his father, then took off.

“Sir, Aslan,” Reginald said. “So will you help me get the light back?”

Aslan stopped, turning towards the young knight—the prince. “We will do as the king commands. Just try to stay alive.” 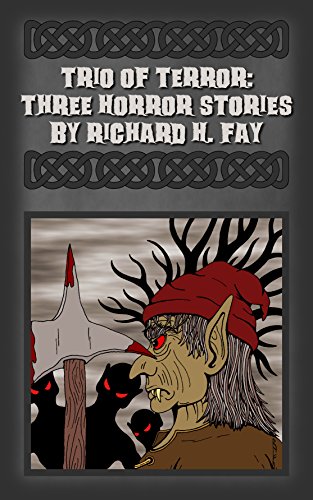