Spring has started and all of the kids at Michael’s school are charged up with energy as they run out to their lunch break. Everyone looks happy except Michael who would rather be out exploring a world filled with beautiful wonders that few have come across. A fifteen minute lunch break doesn’t satisfy his need for adventure, and he yearns to experience what the world has to offer him.

Michael’s eyes wander around the classroom that he views as a lifeless, cold dungeon with pale walls. The only decoration on the wall is an old rustic blackboard covered with chalk dust. The school was modified from an old farmhouse constructed with adobe bricks which made the walls thick and the classroom cold and humid. Only a peak of sunlight penetrated the dark and dusty windows which kept the room overcast. Michael was usually lost in his own thoughts as his eyes looked deeply beyond the classroom windows.

His teacher, Miss Martha, was a grumpy old woman with strong features that made it hard to distinguish if she was a man or a woman. Her long, greasy, tangled dark hair covered her broad shoulders, and the large, thick-lensed glasses she wore made her eyes unbearable to gaze into. Michael always thought her clothes matched the room’s décor as today she stood in front of him wearing her usual long, aged, dark outfit.

On the other hand, Michael’s classmates were regular city kids who wore matching outfits clearly chosen by their mothers. Most of them had high tech gaming devices in their hands or pockets, and they looked like small robots getting trained for an unknown future task. The dark classroom looked like a shopping center store when they were all in it. Michael, though, belonged in a world filled with life and colors and bemoaned the fact he was stuck in this dark room until the end of the school year.

Miss M was lying listlessly in her old black chair when a strike on the classroom door breaks the dull silence. She struggles out of her chair almost falling back into it as she hurries to make the knocking stop. She briskly opens the door and immediately disappears into the hallway. Meanwhile, Michael continues to be distracted with his mind aimlessly thinking about what lies beyond the dirty windows and thick walls.

Miss M re-enters the room making an inviting gesture toward the dark hall. “We have a new student joining our class,�? she announces to the class. “Her name is Sophie.�?

Michael’s indifferent eyes turn in the direction of the door as Sophie slowly walks inside. She wore white, low-cut shoes with matching shoelaces that were a stark contrast to her dark, bright long socks. His eyes suddenly stopped to admire the naked, glossy skin of her long, left leg running from her socks to the tip of a black skirt. His hand becomes limp, and his pencil falls from it unconsciously as he glances delightfully toward Sophie studying each of her movements. He suddenly blinks when the soft sound of his pencil making contact on his desk knocks him out of his daze. A rush of boiling blood runs up his spine, traveling into his arms, and he desperately opens his eyes as it fills him with a renewed energy.

Sophie’s short, black skirt makes an astonishing entrance as it dances with the delicate movements of her body. The skirt is completely black except for a thin white line that hypnotizes Michael as it touches her skin with every swing. He stares at the way her hips playfully curve along her body, and he unconsciously tilts his head to one side. The rushing, boiling blood starts to move from his arms into his legs making his skin perceptible to the cold air around him.

Michael intently watches her left foot as it softly lands on the floor as she prepares to take another step into the room. The sudden change in her movement makes her skirt sway back and forth, and Michael is mesmerized by the graceful motion of her hips as they dance with the weight of her body falling toward the moving leg. He continuously loses consciousness as he stops breathing, but he can’t risk blinking and losing sight of her delicate motions.

Michael’s skin becomes electrified with sparks lightly tingling his body as Sophie finishes her walk into the room. She wears a vibrant, dark unbuttoned jacket and a white blouse, and he immediately knows that this girl is not like the other girls in his class. A sudden shiver runs up his spine forcing him to sit straight up with his chest sticking out. He throws back his shoulders while his eyes remain intently on her.

Sophie’s ravishing young face fills with life thanks to her syrup-sweet red lips. Michael can’t stare into her rapture blue eyes, afraid of getting lost in them. He deeply inhales and lets out a soft breath as a few seconds without breathing makes him dizzy, desperate for air. Unaware of his teeth crashing in his mouth and his lips lightly pressed against each other, he focuses on her supple lips. Michael gets a reluctant sensation of emptiness as he starts to feel the warmth leave his fingers and toes. Acutely aware of the weight of his eyelashes becoming unbearably heavy, he forces his eyes open not allowing them to lose sight of her minimal movement.

Sophie feels the penetrating eyes of the class as she lands her right foot on the floor and comes to a halt. The stopping motion makes her body bounce lightly as he watches her in astonishment. His legs become cold and lifeless as the boiling blood continues running toward his hips. A drop of sweat as cold as ice drips from his hair down to his neck, and a chilling sensation falls to his shoulders as he loses strength in his arms.

The new girl’s shapely figure is only improved by the layers of clothes covering it, and her timid body slowly turns to the left gracefully as her arms collapse backward. Her hips follow dutifully as her right foot slowly moves behind the left foot, and her head, trying to hide behind her left shoulder, makes her midnight colored hair flow over her eyes.

Her sudden movement makes Michael’s heart race, and he can hear the pounding as his boiling blood remains concentrated in his hips. He completely loses consciousness of his surroundings after gazing at her swinging body. His surroundings become blurry as he waits for her next action.

The silence is suddenly broken as she says, “Hi, my name is Sophie.�? Michael’s eyes connect with hers, and his thoughts fall into an endless abyss where her voice is the only thing he can hear. Sophie’s name flies from side to side in his imaginary land where there is only she and the soft morning breeze. A delightful fragrance travels through the air while the wind dances with the grass at her feet. He is filled with grace and lost for eternity as there is no coming back from this world of sensation and sweet fragrances. He feels like he is flying as he holds her hand, letting her energy fill his body from the palm of her hand. Minutes become days in this imaginary land he never wants to leave.

Finally, the effects diminish, and he is able to hear the ringing of the bell for lunch. Hours have passed while he was lost in her eyes, and for the first time, he has a reason to get out of class and enjoy those precious fifteen minutes. 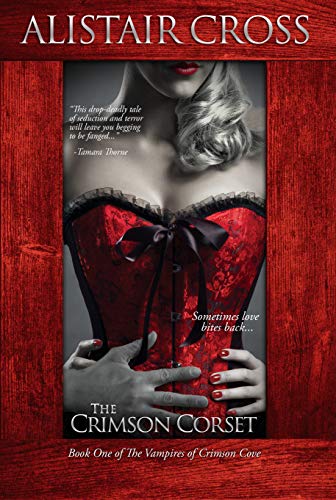